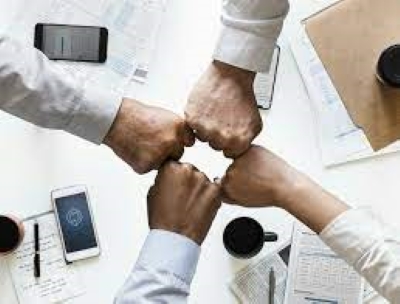 Determined to create employment opportunities for Nigerians, LoopBlock Network, a decentralized AI Blockchain company has announced plans to train 100 Nigerian Blockchain/Web 3 developers in the next 2 years.

Keith Mali Chung, president/ founding partner of LoopBlock Network said the training is part of his investment drive to ensure he builds a new digital reality for that has the potential to evenly distribute online power for Nigerians

According to Chung who is a Nigerian Crypto/Blockchain expert, Angel Investor & Philanthropist, the World is currently in the middle of a fourth industrial revolution that is being built on Blockchain technology which helps verify transactions or records/data on verifiable public ledgers.

He further said that the Blockchain revolution disruption is going to cut across all industries, governance, and institutions alike, which is so important for Nigeria and Africa as a continent

“Blockchain technology had the best potential of solving the problem of Government Financial/Administrative Transparency and voting transparency since all transactions or relevant records/data can be recorded on a public ledger not controlled by any single corporate entity”, he said.

Keith Mali who is also the chairman of Afen Blockchain and also a leading project Angel Investor has already invested in some of the leading projects across the year.

“Nigeria/Africa missed out on the Internet/Web 2 Revolution which is why there are no social media or African Tech Powerhouses like Google, Twitter, Facebook, or Meta as it’s been rebranded”.

He stated that the private sector/Government should also make it an economic and technological priority to keep up or get ahead of the curve.

Africa has missed out on every big revolution since the Agricultural Revolution & Nigeria/Africa can’t afford to miss out on this one he declared.