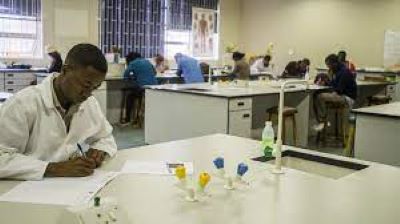 Determined to expand and significantly enhance the quality of research among universities, The African Research Universities Alliance (ARUA) has launched a 5 years strategic framework towards increasing the African continent’s contribution to global cutting-edge research output to 5 percent over a period of 10 years.

The strategy plan covering the period 2022-27 underscores the role of ARUA as a network of public universities that supports the transformation of Africa by means of research and innovation.
ARUA is a network of 16 selected flagship research universities in Africa with a common vision to expand and significantly enhance the quality of research carried out by African researchers. The network has been operational since March 2015, when it was inaugurated in Dakar, Senegal.

The alliance has been active in positioning research universities on the continent and sees the higher education sector as key role players in informing and executing the education and development targets of the African Union’s Agenda 2063.

The plan will align ARUA’s current initiatives with its core vision of significantly expanding and enhancing the quality of research done in Africa by African researchers to consolidate the gains made since its inception.

According to ARUA, the Planned interventions for enhancing research aims to improve graduate training, ensures universities have a minimum of 75 percent instead of 45 percent PhD holders as academic staff over a 10-year period to help in the development of good quality PhD graduates for other African universities.

“ARUA member universities produce an average of 200 PhDs in a year, thus leading to a total of about 3,200. It is proposed to double this number over the five-year plan following several supportive interventions at ARUA member universities,” the plan states.
ARUA also wants to work towards placing 10 African, up from one, universities among the global 200 institutions.

Other strategic objectives include developing strong links between its member research universities, industry and other productive sectors to become a strong and effective advocate for funding research in Africa by national governments and international agencies.
It is anticipated that this plan will place ARUA in a stronger position to attract funding from international organisations to complement the limited resources being provided by member universities. It is also expected that the plan will encourage a few other capable and like-minded African universities to want to join the network.

“This initiative comes with the understanding that more than 95% of the generation of such knowledge in the region has been done or led by public universities, and that they are likely to remain in that unique position in the foreseeable future,” the document said, adding that, “the development challenges that confront most nations in the region are beginning to manifest themselves as having a transnational nature.”

The Statement from ARUA further noted that in terms of Research focus areas, said beyond the pandemic, problems with climate change, water, energy, unemployment, migration, poverty, governance and conflict are all significantly transnational, and require answers that go beyond national boundaries, require interventions that are derived collaboratively, and are not available from national technology and innovation institutions, including universities.

“Most leading African universities struggle to diversify away from the traditional role of producing human resources to manage mainly public institutions. This pressure on them, often imposed by the state, obliges universities to focus primarily on undergraduate training with very limited public resources,” the document said.

It said that, when the universities seek to change the status quo, they have difficulty making the transition to becoming research-intensive institutions that emphasise more costly graduate education.

“In many countries, universities are further confronted with exogenous pressures emanating from the political, economic and social environments that seek to transform them into state instruments for pursuing an undefined development agenda,” it added.

Addressing the issue of growing the number of Centres of Excellence, the document mentioned inadequate or poor facilities or infrastructure, inadequate or poor equipment and inadequate or poor human resources associated with ageing as well as the brain drain, adding that there are very few opportunities for capacity-building and retention and limited opportunities for research grants.
In addition, poor governance in many public universities has resulted in most African universities not adequately producing the knowledge that would provide answers to national challenges and make them globally competitive.

It said that, while some attempts have been made to change this narrative and transform African universities into research-intensive institutions of learning, the reliance on limited state funding has seriously constrained their objectives, so a new strategy is required.

“An integral part of the strategy will involve institutions working collaboratively toward a shared vision. ARUA will mobilise resources to establish additional research clusters or Centres of Excellence across Africa at both ARUA and non-ARUA universities based on the ARUA model in the medium to long term,” it said.

As a performance indicator, the target of 27 centres in five years is mentioned in the document. There are currently 13 Centres of Excellence based at ARUA member universities, which are seen as key in advancing research.

In an effort to provide solutions, ARUA and the Guild of European Research-intensive Universities (the Guild) issued a call for the development of research clusters in July 2020, the document said, adding that this has led to large-scale interdisciplinary research collaborations among African researchers with the effort directed at addressing the myriad common challenges faced across the continent.

“ARUA has, with the support of various partners, initiated the establishment of three Vaccine Development Research and Capacity Building Hubs in Western, Eastern and Southern Africa,” the document said, adding that, the “the initiative was undertaken to give additional meaning to the collaborative research effort.

“Through the initiative, research knowledge and expertise in vaccine research is expected to be shared among researchers across the network.” ARUA added.

NIMASA Board Appoints 3 New Directors, Approves Promotion Of 469 Others