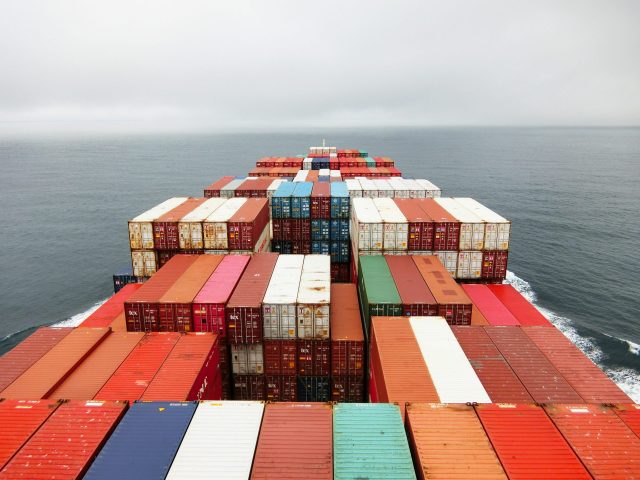 The Cabotage Vessel Financing Fund (CVFF) has grown from $195 million to $350 million, about N210 billion, representing a 56 percent increase over one year period.

Gbemisola Saraki, the Minister of State for Transportation, disclosed this during a Ministerial briefing held in Lagos at the weekend after a week-long inspection tour of the Lagos and Tin-Can Island Port Complexes.

Saraki however expressed regrets over the non-disbursement of the CVF, describing it as a national shame.

According to her, it was rather a shame that no indigenous ship owner has been able to access the fund that was designed to enable them to acquire vessels nearly 20 years after it was established.

She assured indigenous shipowners that the fund was still intact contrary to speculations in some quarters that it may have been misappropriated.

“The delay in the disbursement is not the fault of the Federal Ministry of Finance, but rather more of securing approval of the guidelines for the disbursement from the National Assembly. This would be done in no distant time. It is really very disheartening that the fund has not been disbursed but we will work with the National Assembly to ensure its disbursement; just watch, it has to be disbursed, especially with the coming on stream of the African Continental Free Trade Area (AfCFTA),” she said.

She said: “In the course of this visit, I have also interacted with so many stakeholders including the indigenous ship owners. I know the number of vessels that Nigerians had 10 years ago and I know how many they have now. It is really a shame that this fund has not been disbursed. We will work with the National Assembly to pass the guidelines. It is not really about the Federal Ministry of Finance but I think it is more of the political will to disburse it and I think we have the political will to do so.”

CVFF, which is monies received from 2 percent contribution from every contract executed by indigenous ship owners on the nation’s waters. The disbursement of the CVFF is backed by the provisions of Section 42(1)-(2) of the Cabotage Act 2003, which aims to promote the development of indigenous ship acquisition capacity by providing financial assistance to Nigerian operators in domestic coastal shipping.

Amaechi had some time in 2020 set up a committee to develop fresh guidelines for the disbursement of the fund. Part of the new guidelines was that only indigenous ship owners, who have contributed to the fund, would be eligible to access the loan.

Recall that the Federal Government had in 2003, set up the Cabotage Vessel Financing Fund (CVFF) to address the lack of capacity among indigenous ship owners in Nigeria.
The CVFF was inserted into the Coastal and Inland Shipping Act of 2003 otherwise referred to as Cabotage Act 2003, in order to provide funds for vessel acquisition among indigenous operators.