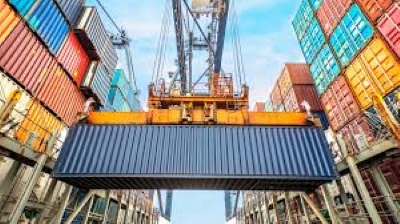 Determined to eliminate illegal checkpoints and shanties along the Tin-Can Port corridor, the Federal Government has flagged off the second phase of ‘Operation Free the Port Corridor’.

Magdalene Ajani, permanent secretary of the Federal Ministry of Transportation, who flagged off the operations at an event organised by the Nigerian Shippers Council (NSC) in Lagos on Friday, said the second phase will clear checkpoints and shanties along Apapa, Tin-Can, Coconut, Berger Yard, Mile 2, Orile, and Ijora-Sifax.

Ajani, who was represented by Adams Ofie, deputy director at the Federal Ministry of Transportation, said the operation is under the purview of the Presidential Standing Task Team (PSTT).

“The first phase was flagged off on April 14 by the Minister of Transportation to ensure that issues of corruption and gridlock on the port corridor are a thing of the past. The Vice President stated that it will change the narrative and corruption perception index by Transparency International about Nigeria. It is important to reiterate the implementation barrier with various operations. The Nigeria Shippers Council is aware of the various challenges of the task team due to inadequate logistics and operational need for more robust and effective implementation of the PSST,” she said.

She however solicited funding support from government agencies under the transport ministry to enable the task team to deliver on its assignment.

“The purpose of flagging off is to ensure compliance and solicit support for funding from agencies, managing directors, Nigerian Shippers’ Council, and NIMASA synergising with various security agents and the ministry to enforce compliance,” she added.

Emmanuel Jime, executive secretary of the NSC, said the flag-off is the third exercise in the series of activities of the Port Standing Task Team after ensuring joint boarding of vessels, joint examination of cargo, and the clearing of the Apapa-Ijora Road.

According to him, the Tin-Can road is a 15.6km stretch of roads littered with shanties and trucks parked indiscriminately, thereby causing untold hardships to other commuters and creating opportunities for extortions and other forms of corrupt practices by both state and non-state actors.

“We all knew the enormity of the task. However, at the Nigerian Shippers’ Council, buoyed by the cooperation of other committed stakeholders, we were resolute and dogged in our resolve in contributing to changing the narrative. Even in the face of logistics and operational challenges, the task team has admirably achieved its objectives,” he said.

Jime further said that the success recorded was not without dire consequences including stern resistance, intimidation, a threat to lives, and physical assault of operatives, gadgets, and vehicles.

Citing an example, he said a case in point was the attack on some personnel of the task team including the National Coordinator where they were assaulted and harassed.

Moses Fadipe, the national coordinator of PSTT, said the team has taken bold steps to rid the ports’ corridors of illegal checkpoints and other forms of corrupt practices, which has yielded tremendous success.

He said the success is most evident in the sanity established in the movement of traffic in the outbound route of Apapa Port gate to Ijora.

Fadipe, who noted the team has been solely funded by Shippers Council, called for the support of other sister agencies in the Federal Transport Ministry.

“The intervention of NPA and NIMASA will be greatly appreciated in this regard. In addition to any other support that they may wish to render, we specifically require more pick-up vans in the fleet to aid the operation more effectively,” he added.