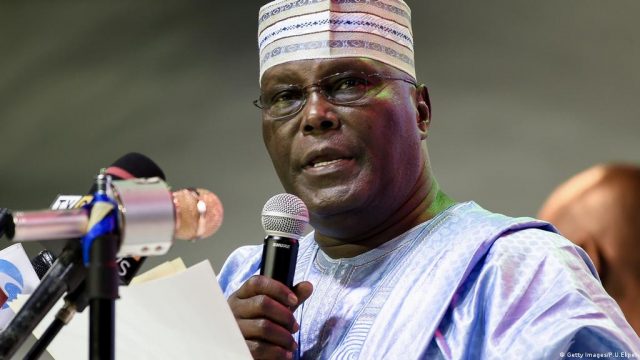 Atiku Abubakar, the presidential candidate of the People’s Democratic Party (PDP), has called on Nigerians to kick out the All Progressives Congress (APC) from power during the general elections in 2023.

He made the call on Sunday in his Democracy Day message, saying that was the most important tribute the people could pay to the heroes of democracy in the country.

Atiku said the occasion is an auspicious period to rally around all compatriots to think and work in concert for the unity, security, equity, inclusivity, socio-economic prosperity, and equitable development of the country.

He urged Nigerians to seize the opportunity to reinforce their commitment to the sacrifices made by the pioneers of the nation’s independence.

According to him, it is visible that the present administration has brought upon the people the worst form of government.

He asked Nigerians to reject the APC government which he described as inept, unpopular, insensitive, and clueless.

Atiku stressed that a party that could not offer the people honesty on its pledged manifestos with regards to security, economic growth, and anti-corruption should not be honoured with another ‘wasteful’ tenure.

For him, it is time to prove to APC politicians that power truly belongs to the people via the use of ballots.

Game of Hacks – See How Good You Are