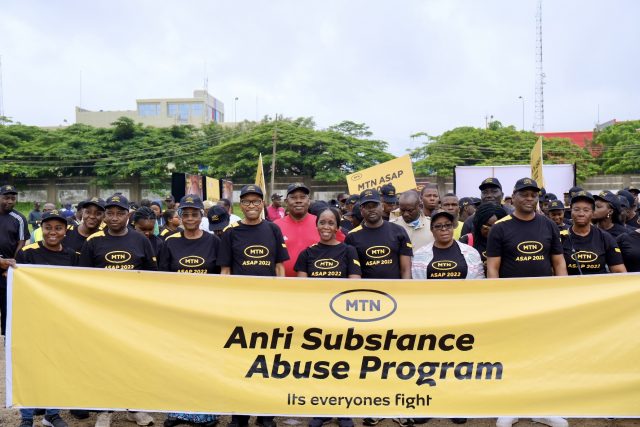 Dennis Okoro, director, MTN Foundation, while speaking on the importance of the advocacy walk, said “There is a developing trend of substance abuse among Nigerian youths that is becoming worrisome, and if we don’t care about the young ones, we would be mortgaging their future. At the MTN Foundation, we try to act when we see things that are not going right and we do not act alone, we collaborate with stakeholders to achieve our goals.”

Shadrach Haruna,director-general/Agency Secretary, National Drug Law Enforcement Agency (NDLEA), while commenting on the advocacy walk, implored other organizations to partner with the government in the fight against substance abuse.

The advocacy walk, which is a part of the activities for the 2022 MTN Anti-Substance Abuse Program (ASAP) campaign, had a massive turnout of youths. Also present were officers from the United Nations Office on Drugs and Crime (UNODC), National Youth Corps members, officers of the Federal Road Safety Corps, students of Funtaj international School, and Intelligence Quotient international school.