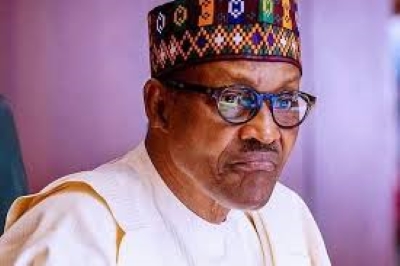 There appears no end in sight towards resolving the age-long dichotomy between the bachelor degree and the Higher National Diploma as the Nation’s number one citizen, Muhammadu Buhari have failed to sign the bill over one year since the Nigerian Senate passed the bill,

The important bill was passed following recommendations in a report of the Senate Joint Committee on the establishment and public service matters, tertiary institutions and the Tertiary Education Trust Fund.

According to a report, the bill seeks to erase ‘inequality’ between holders of first degrees from universities and diploma graduates from polytechnics in Nigeria.

Ibrahim Shekarau, committee chairman, said the enactment of the bill would help HND holders to advance their careers.

Industry experts are however worried that the decision of the president to still hold on to this important bill will further fuel unequal treatment of HND and degree holders in the Nigerian labour market and educational system.

Bola Akinterinwa, former director-general of the Nigerian Institute of International Affairs in a recent public lecture, said that polytechnic education is not inferior to university education, as the purpose of the two differs.

According to Akinterinwa, “We observe that polytechnic education is equally as important as university education, even though they differ in their curricula and pedagogy. In both cases, it is a matter of the graduate not being a job seeker in the employment market but being a graduate that employers are desperately looking for.

“Polytechnic education and university education have similarities in the extent of the national and international recognition of their pedagogical approaches,” he said.

Anderson Ezeibe, the president of the Association of Staff Union of Polytechnics or ASUP, said the disparity is prevalent in both public and private sectors.

Ezeibe, ASUP president, also acknowledged that the university system discriminated against HND graduates, noting that “it is very rare for a university to admit a polytechnic graduate into a masters degree without doing PGD”.

“That is unfair and it makes them lose their self-worth. It has [always] been like that and nothing has changed,” he added.

Experts noted that the National Bureau of Statistics puts youth unemployment rate in Nigeria at 42.5 percent adding that if the discrimination against job seekers with HND qualifications are not addressed, it will continues to heat up the labour market.

Said the ASUP president: “We are all eagerly awaiting the president’s assent. We have made a lot of statements in that respect and our regulatory body has also come out boldly to encourage the president to assent to the bill. Nobody has kept quiet but it is only the president who knows why there is no response to either assent the bill or reject it.”