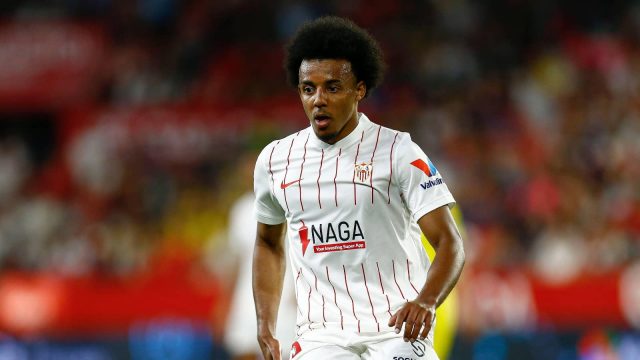 Chelsea may be able to pay just £56million for Sevilla defender Jules Kounde, according to reports, with the club willing to accept less than his release clause.
His contract states that the clause can be triggered for £69million, although they are said to be open to lower offers to wrap up one of the summer’s longest sagas.
Kounde is also reportedly a target for Barcelona, but the Blues, who are poised to splash the cash under new owner Todd Boehly, remain firmly in the transfer race.
Journalist Fabrizio Romano says that the centre back is available for under £60m, a figure which could tempt Chelsea to look to seal the deal as soon as possible.
However, there could also be a twist due to the overhaul at the very top of Stamford Bridge; namely the change in ownership which has seen Roman Abramovich sell up.
A number of his key figures will also be leaving, with chairman Bruce Buck stepping down from his role and influential director Marina Granovskaia joining him.
Granovskaia oversaw negotiations for transfers and thrashed out contracts, and her absence has now seen Boehly take a more hands-on role in the market.
However, it is likely that she will remain involved in discussions until her departure.
Romano has added that Kounde’s camp are ‘waiting’ for the club to inform them whether they will be making another offer for France international Kounde.
Sportsmail has previously revealed that the 23-year-old was Chelsea’s No 1 defensive target last season, although he stayed at Sevilla after they held out for more money.
Sevilla chief Jose Maria Cruz told Sporting Witness that Kounde is keen to play in a more competitive side, and insisted that his expected exit is not a case of ‘money’.
He said: ‘Again, the player, I am sure, respects Sevilla FC. He is happy with us.
In the case of Kounde, it is not a matter of money. It’s a matter of him wanting to play in a more competitive team than Sevilla.

‘I am sure he is a player that is attractive for teams like Chelsea, FC Barcelona, Bayern Munich and these types of teams. He wants to play in a more competitive team.’