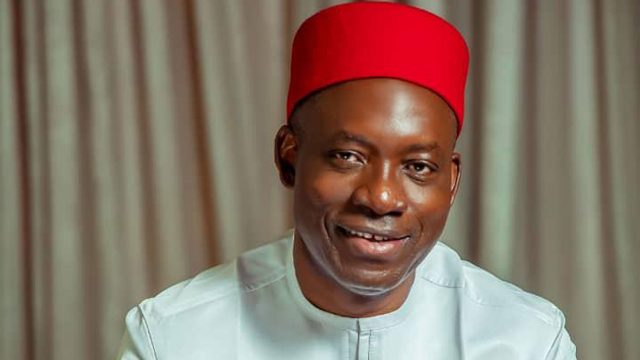 Governor of Anambra State, Chukwuma Soludo, said his first 100 days in office has seen the fight against insecurity taking precedence over all of his administration’s initiatives.

Soludo while speaking at a press conference on Saturday to commemorate his first 100 days in office, said his administration anticipates brighter days while reassuring the populace that he would keep all of the commitments he had made to them during his swearing speech on March 17, 2022.

The governor emphasized to the populace that despite the difficulties, he remained unfazed because he had properly applied for the position of leading Anambra.

According to the governor, “I am not a fan of marking 100 days in office. I prefer to give you an annual report and we look forward to the first one in March next year. The last 100 days have been very bumpy and challenging. It has been a case of so far, so bumpy, but so good. Every day, we work 24 hours to ensure that we do not disappoint you. We have resolved that we must do that to make you happy and proud.”

“I remind everyone who wants to commiserate with me that I duly applied for this job. We have launched a campaign to restore our homeland. Most people can attest that the grave insecurity is gradually being contained and we remain undaunted. Even as I speak to you now, something is going on in various communities in Anambra State.”
To address the issues his government and the state’s governance institutions were facing, the governor specifically lamented the alarming zero oil revenue.

“The last 100 days have been bumpy and challenging as expected with insecurity and red treasury being the most impossible. Since February 2022, the contribution of oil revenue from the Nigeria National Petroleum Company Limited to the federation account has been zero and many states have difficulty paying salaries.
“The declining revenue and the context of insecurity and over N20 billion in the areas of gratuity to pensioners since 2018 as well as the sky-high expectations from you, our employers are then inevitable.

“We have spent the last 100 days addressing some key foundational issues, part of which are to make some key appointments, mobilise the people of the state to take back the state from criminals, domestic and comprehensive attack on criminals, reverse the 2022 budget, declaration of a state of emergency on roads and traffic and preparation to commission over 220 kilometres of road constructions,” Soludo said.