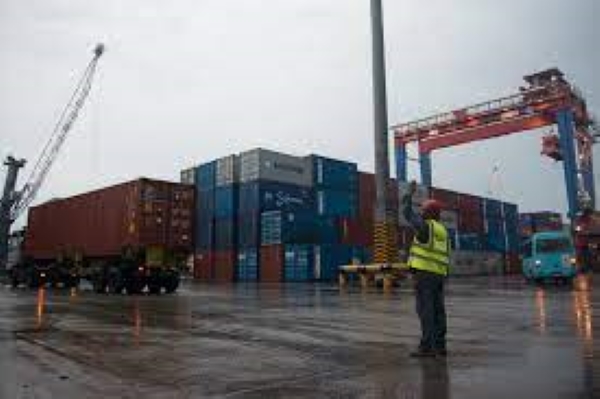 The International Day Against Drug Abuse and Illicit Drug Trafficking is observed on June 26 annually. The global event highlights the physical and psychological impact of substance abuse, drug overdose deaths and drug-related humanitarian crises with the aim of eliminating the menace from the society.

The theme for this year’s event is ”Addressing Drug Challenges in Health and Humanitarian Crisis”.

The activities kicked off with a “Walk Against Drugs” on June 21. The walk started from Apapa Wharf Gate through Point Road to Liverpool, terminating at the Apapa Local Government Secretariat. Some employees of APM Terminals Apapa participated in the sensitisation walk. The grand finale of the event was held on Monday, June 27 at Rockview Hotel, Apapa.

Chinenye Mirian Deinde, Legal and Corporate Affairs General Manager at APM Terminals Nigeria, speaking on the event said it was a collaborative and interactive workshop comprising participants in the maritime industry and port community.

While the audience included secondary school students, members of the National Youth Service Corps (NYSC), government enforcement agencies, community leaders and traditional rulers from the community as well as other port stakeholders, terminal operators had the highest representation of the corporate stakeholder group.

“This shows commitment to partner with the NDLEA to curb the menace of drugs coming in through the seaport,” Deinde said.

Also speaking, Kayode Olufemi Daniel, the Government Relations Manager at APM Terminals Apapa said, “APM Terminals was a proud supporter and sponsor of this year’s program and this gesture was highly appreciated by the NDLEA. We look forward to more collaboration with the NDLEA towards building a drug-free Nigeria.”

“The fight against drug abuse is a collective one which requires the involvement of everyone, not just enforcement agencies,” Daniel added.

The highlight of the day was the lecture given by a retired Deputy Commander General of Narcotics, Wale Ige. His video clip on the effect of drugs on underage and teen children sent a very strong message to the audience about the prevalence of the dangerous habit.

Ige enjoined all participants to play an active role in preventing the importation, sale, distribution and consumption of drugs.