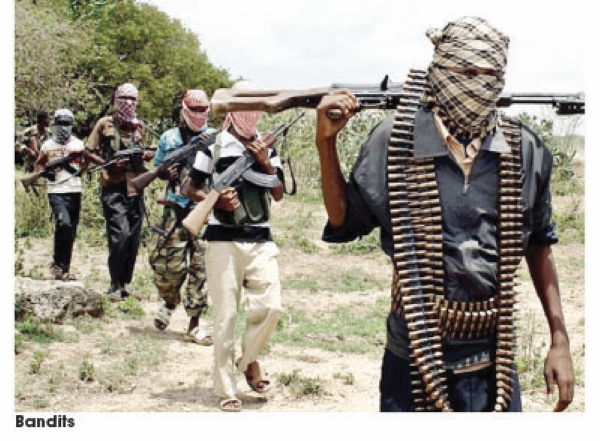 There appears to be no end in sight to the insecurity issues in Nigeria as terrorists on Tuesday attacked the advance team of security guards, protocol and media officers to Muhammadu Buhari President of the Federal Republic of Nigeria.

The attack which left a few people dead while two others sustained injuries happened when the convoy went ahead of President Muhammadu Buhari’s Sallah trip to his hometown in Daura, Katsina State.

The presidency has since described the dastardly act as a sad and unwelcome development.

This is as terrorists, again on Tuesday, ambushed and killed an Assistant Commissioner of Police ACP, Aminu Umar Dayi, in charge of Dutsinma Area Command in Katsina, following a fierce gun duel.

Garba Shehu, a presidential spokesman in a release Tuesday night said that a few people died, while the two persons, who sustained injuries during the attack were already receiving treatment.

But other personnel, staff and vehicles made it safely to Daura, the terse statement added.

“The attackers opened fire on the convoy from ambush positions but were repelled by the military, police and DSS personnel accompanying the convoy.

“Two persons in the convoy are receiving treatment for the minor injuries they suffered and a few persons, who lost their lives have been deposited at the hospital. All the other personnel, staff and vehicles made it safely to Daura,” the statement stated.

Meanwhile, the late Assistant Commissioner of Police, who was killed on Monday, had reportedly led a police team to Kurfi, where they killed one of the terrorists’ commanders.

Angered by the death of their commander, the terrorists allegedly turned out en masseon Monday and laid an ambush in order to avenge the killing of one of them.

Unfortunately, the late Dutsinma Area Commander, while leading his team on their usual clearance operation of the terrorists, were ambushed and overpowered by the hoodlums in a fierce gun battle that eventually led to his death and another officer.

The late ACP had led the war against terrorists on several occasions leading to the killings and arrest of many of the hoodlums.

The spokesperson for the Katsina Force Command, SP Gambo Isah, however, confirmed the development.

“Today 06/07/2022 at about 1130hrs, a distress call was received that terrorists numbering over 300, on motorcycles, shooting sporadically with AK 47 rifles and General Purpose Machine Guns (GPMG), ambushed ACP Aminu Umar, Area Commander, Dutsinma and team, while on clearance operation of recalcitrant bandits/terrorists, in Zakka forest, Safana LGA of Katsina state. Consequently, the Area Commander and one other gallantly lost their lives during a cross-exchange of gunfire.

“The Commissioner of Police, CP Idrisu Dabban Dauda, on behalf of the officers and men of the Command, expresses his deep sympathy to the family of the deceased and prays to almighty Allah to repose their souls in Jannatul Firdausi.

STOAN Felicitates With Sambo, Adegoroye On Appointment As Ministers Of Transportation