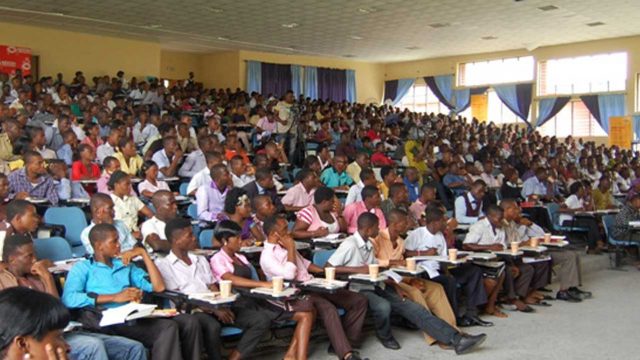 Nigerian universities, the first of which was founded in 1948, battle with several militating factors such as incessant industrial action by the Academic Staff Union of Universities (ASUU) quality of lecturers, leadership failures, infrastructure gaps and funding.
These have led to Nigerian universities ranking poorly among peers in the global academic community. No Nigerian university made the list of top 1, 000 universities globally in the 19th edition of the QS World University Rankings 2023, released in June.

According to the latest QS World Universities ranking, South African universities continues to take the shine off their Nigerian counterpart as the most successful higher education system in Africa.

Egypt was the best represented African country in the rankings, with 14 listed universities against South Africa’s nine on the list of about 1,400 institutions.

According to Bizzozero, The American University in Cairo moved by 29 positions upwards due to its highest score in Africa for the proportion of its international faculty ratio, a metric in which it was placed in position 129th globally.

On his part, Ben Sowter, the senior vice president of QS Quacquarelli Symonds, said that South Africa’s universities’ success in employer reputation reflects the success their graduates achieve in the workplace.

The most critical indicator of university ranking is the quality and quantity of research. “Owing to a consternation of factors, chief of which are poor research capacity of staff in the Nigerian university system and the non-salutary research environment, we can hardly move to the top of league tables if these challenges persist” Peter Okebukola, former executive secretary of the National Universities Commission said.

This has not always been the case. “In the past, our universities in Nigeria recruited top scholars and administrators from the United States of America, the United Kingdom, India, Canada, Egypt, Ghana and other Commonwealth countries. Furthermore, students from these other countries came to our tertiary institutions to study” Tolu Odugbemi, former vice-chancellor of University of Lagos said.

Other challenges facing higher institutions of learning in Nigeria include the absence of infrastructure on campus for learning and an industrial backbone for internships.

Morocco’s Mohammed V University in Rabat and Sudan University of Science and Technology were ranked in the lowest category of 1,400+.
Apart from South Africa and Egypt, Tunisia was the only other African country to have a university that made it to the top 1,000. The University of Sousse commended Africa’s highest faculty per student ratio, an indirect indicator of a university commitment to teaching and learning. Bizzozero said the Tunisian university was ranked in position 176th globally.