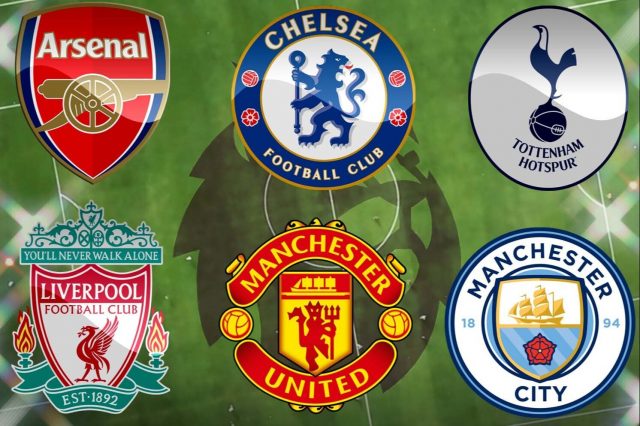 With the new season just around the corner, Premier League clubs are beginning to wrap up their pre-season schedule.
The pre-season provides the coaches the opportunity to access their team ahead of the new season. It also helps new recruits to bond with their new teammates.

So far, we have seen the Premier League’s ‘Big 6’ clubs partake in various friendly matches as they gear up for the 2022-23 season. While these matches aren’t competitive, they can still be an indication of what to expect from a team in a new season.
Thus, we shall be ranking the Premier League’s top six clubs based on their pre-season performances so far.

Chelsea have been very active this summer both on and off the pitch. The Blues have been busy in the transfer market. They have completed the signings of winger Raheem Sterling and defender Kalidou Koulibaly from Manchester City and Napoli respectively.

They also had a pre-season tour of the United States of America (USA). However, Thomas Tuchel’s side didn’t perform very well while in the States. They played three friendly fixtures and could only muster a single victory.

The Blues defeated Club America 2-1 but lost 5-3 on penalties to Charlotte FC after the match ended 1-1 in regular time. They were thrashed 4-0 by fellow Premier League side Arsenal.

Their performance is an indication that Tuchel still has a lot of work to do on his team before the new season commences. Reinforcing their attack and defense departments is paramount for the West Londoners.

They defeated Udinese 3 goals to 1 in the last pre-season friendly before gearing up for their opening Premier League fixture away at Everton on August 6.

Jurgen Klopp’s Liverpool have been quite shaky in their pre-season encounters. In their first friendly battle, the Reds were beaten 4-0 by Manchester United in Thailand.

They bounced back with a 2-0 victory over fellow Premier League side Crystal Palace and a 5-0 thumping of Bundesliga outfit RB Leipzig.

However, they capitulated by losing by a lone goal to Austrian side Red Bull Salzburg in their most-recent pre-season fixture.

Another notable observation so far is the performance of new striker Nunez Darwin. Although he scored four against Leipzig, his performances in the pre-season have not been too convincing. The Uruguayan has looked shaky upfront and will probably need more time to adapt to his new team.

Liverpool showed they mean business this coming season as they dispatched league champions Manchester City 3-1 in the Community Shield.

The Reds will start their Premier League campaign away at Fulham on August 6.

Current Premier League champions Manchester City have been involved in just two pre-season matches so far this summer, which took place in the USA. They managed a 2-1 victory over Club America and a 1-0 win against Bayern Munich.

Pep Guardiola has given minutes to new recruits like Julian Alvarez, Kavin Phillips and Erling Haaland. Haaland scored City’s only goal against Bayern Munich on his pre-season debut for the Cityzens.

Guardiola and his boys were given a tip of what to expect in the Community Shield as they were humbled 3-1 by Liverpool. Post that, they will face West Ham United away on August 7 in the Premier League as they will be hoping to defend their title.

Manager Antonio Conte is gearing up for his first full season in charge of Tottenham Hotspur. He has been heavily backed by the club this summer in terms of transfers.

Spurs have brought in up to six new recruits to bolster their squad as they look to compete vigorously in the coming season. Their preparations have been decent both off and on the pitch.

The North London club have played three pre-season matches so far. They began with a tour to South Korea where they defeated the K-League XI 6-3. Spurs also played out a 1-1 draw with Sevilla before seeing off Rangers 2-1 at the Ibrox Stadium a few days ago.

They lost 1 nil to former manager Jose Mourinho’s side AS Roma. Tottenham will begin their Premier League campaign at home against Southampton on August 6.

One club who will be desperately looking to better their performances from last season is Manchester United. The Red Devils had one of their worst campaigns in the 2012-22 season. They recorded their lowest points tally in the Premier League era (58) and failed to qualify for the UEFA Champions League as they finished sixth.

The onus is now on new manager Erik Ten Hag to change the club’s fortunes. Judging by United’s performances in pre-season, it is fair to say that the Dutch manager has rejuvenated the winning mentality of the team.

So far, Manchester United have three wins and a draw from four pre-season fixtures. They thumped Liverpool 4-0 and defeated Australian side Melbourne Victory 4-1. They also won 3-1 against Premier League club Crystal Palace.

The only dent to their pre-season record was a 2-2 draw with Aston Villa. A fixture where they led by two goals at halftime, only to conceed twice later on in the second half.

The Red Devils were defeated 1 nil by Atletico Madrid and will face Rayo Vallecano on August 1 in pre-season.

They will then begin their English top-flight campaign at home against Brighton & Hove Albion on August 7.

Arsenal have been by far the most impressive ‘Big 6’ club in the pre-season so far. The Gunners currently have a 100% record as they have won all five pre-season matches, scoring 19 goals and conceding just six.

They thrashed League one side Ipswich town and Bundesliga.2 outfit Nuremberg 5-1 and 5-3 respectively. Mikel Arteta’s side also defeated fellow Premier League side Everton 2-0, followed by wins over Orlando FC (3-1) and Chelsea (4-0).

New signing Gabriel Jesus has been their most outstanding player so far in the pre-season. The 25-year old attacker, who was signed from Manchester City this summer, has registered four goals in four appearances so far.

Arsenal have shown quality and brilliance in pre-season. They further showed that with a comprehensive 6 nil drubbing of Sevilla at the emirate stadium. They will kick off their Premier League campaign away at Crystal Palace on August 5.

The big question becomes – can they replicate such in the season proper? Only time will tell.