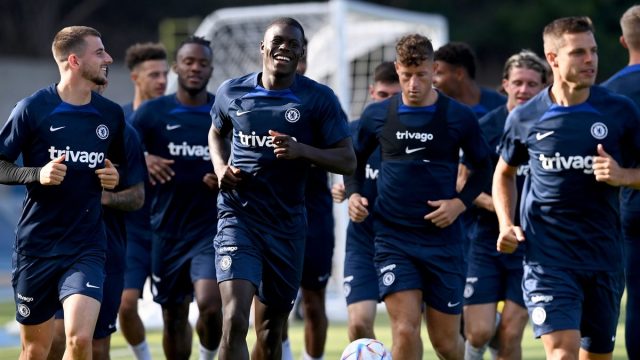 With barely two weeks to the start of the 2022/2023 English premier league, Thomas Tuchel led Chelsea football club would save 700,000 pounds if they could sell SIX flops in order to fund their transfer spending spree.
These six players made just 90 appearances combined last season, so could be the ones axed to make way for more suitable stars – a clear out which would get rid of £700,000-a-week in wages.
Here are the individuals who could be sold by Chelsea.

Timo Werner: he has divided opinion since arriving from RB Leipzig in 2020.

However, his prowess in front of goal remains somewhat questionable and the arrival of Raheem Sterling could lead to him being shown the exit door.

Malang Sarr, who is on a startling £120,000-a-week contract, did begin to make a name for himself at Stamford Bridge last season – making 21 appearances.

And he would have been excited about the prospect of even more football following the departures of Antonio Rudiger and Andreas Christensen.

However, the arrival of Kalidou Koulibaly and potential acquisition of Kimpembe could see the 23-year-old’s time in west London come to an end.

Michy Batshuayi is one player Chelsea fans may have well and truly forgotten about.

The Belgian forward, 28, who is on £69,000 per week, spent last season on loan at Besiktas and netted an impressive 14 goals.

And given he has not played for the Blues since the 2019/20 campaign, Batshuayi could well see this as the opportunity to leave the club.

Ross Barkley, 28, has been a Chelsea player since 2018 when he joined from Everton for £15million.

But in those four years he has scored just 12 goals – with only 17 appearances coming in the last two seasons amid a loan spell at Aston Villa.

The likes of Mason Mount and Ruben Loftus-Cheek have been preferred to the £96,000-a-week Barkley under Tuchel and a transfer away seems to be the only option.

Remember Kenedy? Incredibly, the Brazilian has been under contract with Chelsea since 2015.

In that time he has had five loan spells with the likes of Watford, Newcastle and Flamengo.

Just 30 Chelsea appearances have come his way in seven years at the club – including three games last season.

But Kenedy, 26, earning £25,000 a week, is nowhere near the core group at Stamford Bridge and needs a move if he wants to resurrect his career.

Kepa Arrizabalaga remains the most expensive keeper in history at £71m.

It is a startling statistic given his lack of impact at Stamford Bridge and the fact that he now plays second fiddle to Edouard Mendy.

He played just four times in the Premier League last season and was largely reduced to being Tuchel’s cup keeper.

Now Chelsea may look to finally cash in on the man they are paying £155,000 per week, although they will have to be prepared to take a major hit on the fee they paid for the Spaniard.