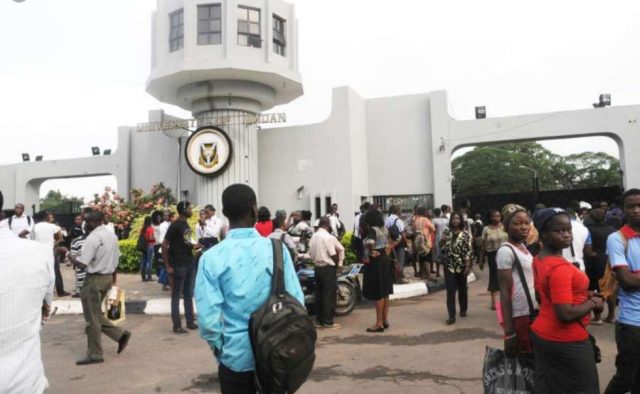 A combination of incessant Industry action by university Lecturers in Nigeria and poor funding has contrived to deny Nigeria universities it position in Africa as South Africa and North African country like Egypt continues in Africa when it comes to a global ranking of universities across every indicator. The 2022 U-Multirank report shows.

The U-Multirank is a ranking index that routinely analyses higher education institutions in terms of teaching and learning, research, knowledge transfer, international orientation and regional engagement.

The results of the ninth edition of the U-Multirank World University Rankings 2022 were released in June and were based on two surveys, one that included all the participating institutions and another one covering 62,000 students from 314 institutions.
In addition to the five-pronged academic criteria, U-Multirank 2022 included insights on how universities were dealing with issues on student diversity, social inequality in access to higher education, gender equality and enrolment of underrepresented groups of students.

South African and Egyptian Universities have in the last decade provided increased competition to Nigerian universities in International outlook, knowledge transfer and research.

In the latest U-Multirank 2022 ranking released, South Africa and Egypt had 10 universities each in the rankings while Morocco had five, Tunisia three, Angola and Ghana two each. Algeria, Kenya, Namibia and Uganda were each represented by a single university as no Nigeria was mentioned among the 2,202 universities in 96 countries globally that had their performances assessed.

A breakdown of the ranking figures released shows that in the category of knowledge transfer, the University of Cape Town and Stellenbosch University scored A’s for their number of patents, while Strathmore University was awarded a similar grade for its co-publications with industrial partners.

The universities of Cape Town, Pretoria, Stellenbosch, the Witwatersrand in South Africa and Morocco’s Euromed University achieved B grades for publishing jointly with industrial partners.

The maximum points in the research category, in particular research publications, went to South African universities, namely, the universities of Cape Town, Rhodes, Stellenbosch, and the Witwatersrand.

The universities of Cape Town, Johannesburg, Nile, Ibn Tofail and Zagazig were awarded B’s in the research category for the citation rate of their research publications.

In total, the represented African universities in U-Multirank 2022 are deemed to have performed well in regional engagement based on the criteria of output of regional joint publications and the number of their graduates working in a region where those universities are located. They are also doing well in providing internships to students in the regions where they are located.

“Looking at the performance of universities, good teaching quality and research output is, of course, crucial, but we can’t neglect universities’ contribution to social goals,” says Professor Frank Ziegele, who is U-Multirank’s co-project leader.

In an attempt to fill that gap, U-Multirank, in the current rankings, introduced social inclusion criteria based on the enrolment of mature students into bachelor’s degrees, students with disabilities and students with non-academic backgrounds, or the first generation of students in their families to have access to university education.

The rankers also tried to quantify gender diversity in higher education by reporting on the percentage of female academic staff.

Although statistics were not available for most African universities, there were indicators that African universities are generally highly elitist in terms of admitting students from the traditionally under-represented groups and are battling to reduce the gender gap in the diversity of academic staff.

Analysts observe that Nigeria is not making the investments required to lift education to meet the United Nations’ Sustainable Development Goals preferring to invest in physical infrastructure its leaders can use to campaign for votes.

They observed that Nigeria over 170 universities today are faced with a host of quality challenges. Majority of the universities are grossly understaffed, relying heavily on part-time and visiting lecturers, have under-qualified academics and have no effective staff development programme outside the Tertiary Education Trust Fund intervention and the Presidential First Class Scholarship programme.