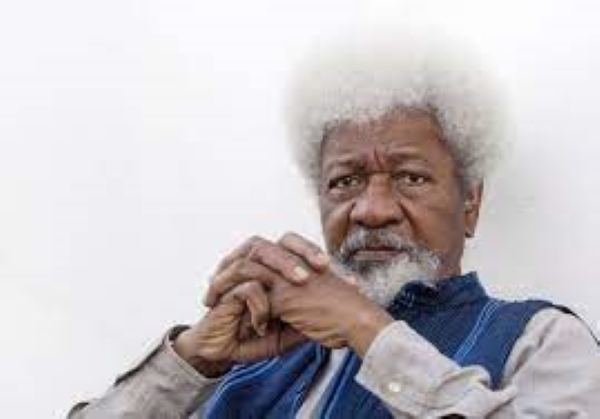 Stakeholders at the 14th Wole Soyinka Centre Media Lecture Series have called on the media to focus on reporting issues at sub-national levels of government for democracy to work in Nigeria.

The event held virtually with the theme ‘Can democracy work without a strong sub-national media?’ saw stakeholders urging the media to play its role to drive development and produce dividends of democracy at the sub-national levels, using the agenda setting and watchdog duties as tools.
The lecture was organized in commemoration of the 88th birthday of Wole Soyinka, the grand patron of Wole Soyinka Centre for Investigative Journalism (WSCIJ) and Africa’s first Nobel Laureate in Literature.

Chiedo Nwankwor, Vice Dean for Education and Academic Affairs at Johns Hopkins School of Advanced International Studies, stated that accountability which is at the heart of journalism often drives transparency and government responsiveness. The university don said the media must play its role to drive development and produce dividends of democracy at the sub-national levels, using the agenda setting and watchdog duties as tools.

On his part Kole Shettima, director of the MacArthur Foundation Africa office, said the media’s watchdog duty seems vested at the national level amidst the human and institutional challenges bedevilling democracy in the last 20 years. Represented by Olaide Oladayo, Deputy Director, MacArthur Foundation Africa, Shettima said a huge chunk of the annual spending in Nigeria goes to the state and local governments hence failure to pay attention is partly responsible for the thriving underdevelopment at these levels.

To launch the Collaborative Media Engagement for Development, Inclusion, and Accountability (CMEDIA) project, Motunrayo Alaka, executive director/CEO, WSCIJ, explained that the project which started in January 2022 beams the searchlight on public and private sectors at the state and local government levels. She added that the WSCIJ along with 26 media and media support organisations are paying attention to underreported issues such as minority groups, women, youth, persons with disabilities, and people in the hinterlands who do not get enough coverage in the news.

For Ibiba DonPedro, shutting off people at the grassroots means shutting out the voices and killing the aspiration for development by millions of Nigerians. She noted that media reportage should be active to keep up with the issues at the sub-national level. Haruna Mohammed Mohammed on the other hand, affirmed that lack of information and knowledge gap is at the heart of many social issues facing people in the hinterland is. For him, well-informed people are driven by knowledge and often make informed decisions.

The challenge with citizens not knowing their rights and the duties of government at different levels was a highlight of Fisayo Soyombo’s contribution. His perspective was that the people are ignorant of what to do, who to blame or hold responsible when things go wrong despite all the media has done in projecting sub-national issues.

According to Mansur Liman, public media organisations often find themselves in difficult situations in most African countries due to the lack of understanding and overbearing attitude of government officials. He however encouraged journalists in the employ of government against self-censorship.

While giving the vote of thanks, Ropo Sekoni, Board Chair of the WSCIJ, described the lecture as a ‘festival of ideas’. He encouraged the audience to continue spreading the word about the need for sub-national reporting to encourage a strong democracy.