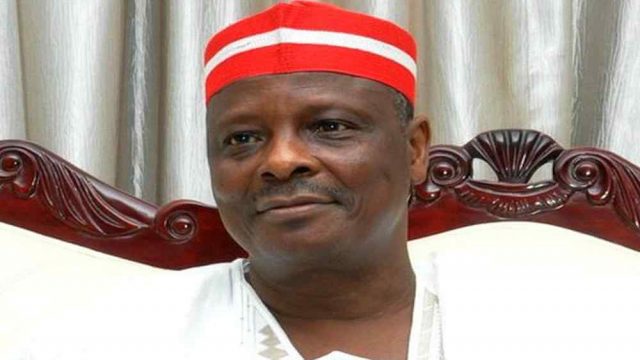 Arewa Youths Progressive Alliance has cautioned Rabiu Kwankwaso, the presidential candidate of the New Nigeria Peoples Party (NNPP), to stop misrepresenting the north.
The group in a statement in Kaduna State recently said the position of Kwankwaso on who the northern region will vote for in 2023 is a personal opinion and does not represent the views of the region as a collective body.

Sambo Galadima, spokesman of the group pointed out that whatever affects Nigeria also affects the north, arguing that the northerners want what is best for the country and won’t vote along ethnic or religious lines in 2023 to choose the next President of the country.

The statement which is a reaction to Kwankwaso’s statement during his recent interview on Channels TV said many northerners have been killed by bandits and other criminals while the fear of the unknown has made many farmers abandon their farms.

The group said the northern region is as concerned about who emerges as the next president of Nigeria as other regions in the country because of the need to correct the wrongs currently being witnessed in the country.

To this end, it warned Kwankwaso to stop painting the region as a “anti-progress nor xenophobic against other Nigerians” pointing out that making Nigeria better is a collective responsibility of all citizens and it is important that whoever emerges President in 2023 be the choice of the people and not a regional leader.

“Dr Rabiu Musa Kwankwaso’s utterances portray the North as retrogressive and the average northern voter as insensitive and unconcerned about the sufferings of Nigerians and the high rate of insecurity and economic woes bedevilling Nigeria, and rather concerned about having ‘fellow northerner and fellow Muslim’ perpetuate themselves in power.

“Nothing can be farther from the truth. The northerner experiences the same level of frustration with the state of governance in the country that the average Nigerian from any part of Nigeria experiences and wishes like every Nigerian that things improve for the better and that the most capable and most prepared individuals take charge of governance at different levels, including the presidency of the country, for the betterment of Nigeria,” he said.

He argued further that northerners are fully able to make decisions on their political future and don’t need to be told what to do by anybody.

Making reference to President Muhammadu Buhari who is a northern Muslim, Galadima said the region has not been spared from the troubles bedevilling the country because of the religious or ethnic inclination of the incumbent President.

“Has the North fared any better in infrastructure or living standards merely because a Northerner or a Muslim is the President of the country?

“The former governor of Kano State insults the North by portraying us as some insensitive group of people without the capacity to think for ourselves. This is not true. He sends the impression out there that our votes are owned by some elites and that it is these elites who will decide how we will vote in every election.

“If that was true in the past, that is set to change, because we are not slaves. We are capable of dreaming and holding strongly to our dreams. We are capable of working for and participating actively in political activities, independently and with the aim of bringing about the kind of government that shall serve the best interest of the average Nigerian.

“In the last seven years, more than 100,000 Northerners have been killed by bandits and terrorists, and thousands of our daughters, wives, mothers and sisters have either been raped, abducted or forcefully married out.

“Our farms are lying fallow and our harvests haven’t been poorer. Yet, a Northerner is the President. We voted for this Northerner, not because he is a Northerner, but because we believed he had the best of intentions and had the capacity to turn things around for good, for the benefit of all Nigerians. But, we are disappointed,” he added.

Galadima assured that the North is ready to work with other regions in the county to ensure Nigeria is better.

“We want to assure fellow Nigerians that Northern Nigeria is not some kind of slave colony where some elites drag us by the neck to vote on the basis of sectionalism or religion. We shall vote for the best candidates who hold the best promise to recharge Nigeria and get her working again, because, like every responsible citizen, we want the best interest of our country and we want a brighter future for our children,” he stated.

Anglican Bishop Kidnapped Alongside His Wife, Driver In Oyo