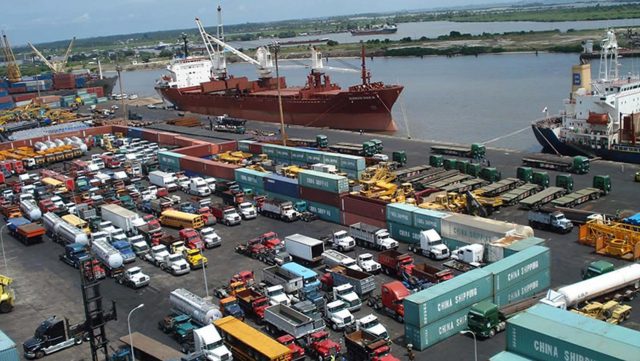 The Tin-Can Island Port Command of the Nigeria Customs Service (NCS), said it collected over N274.3 billion in revenue in the first six months of the year, between January and June.
This represents about a 27.50 percent increase from the N229.3 billion collected in the same period in 2021.

Olakunle Oloyede, the Customs area controller of the command told newsmen on Friday that the enforcement and anti-smuggling unit of the command also recorded various seizures and detentions within the period under review.

Oloyede however disclosed that the command had handed over one suspect, one pistol gun, two empty magazines, and 300 rounds of live ammunition to the DSS for further action.

He said the items had over N1.3 billion duty paid value and that they also contravened some sections of the Customs and Excise Management Act (CAMA) of 2004.

The Customs boss further said that seizures were enabled by the interventions of the Customs Intelligence Unit, the valuation unit, Customs Strike Force, and other regulatory agencies including SON, and Nigeria Police among others.

“We commend the Nigeria Ports Authority management for their seamless collaboration in facilitating the clearance process of export-related cargo,” he said.

On the Vehicle Identification Number (VIN) Valuation system, he said that the initial challenges faced in the implementation of the VIN valuation had helped the command to achieve an expedited clearance process.