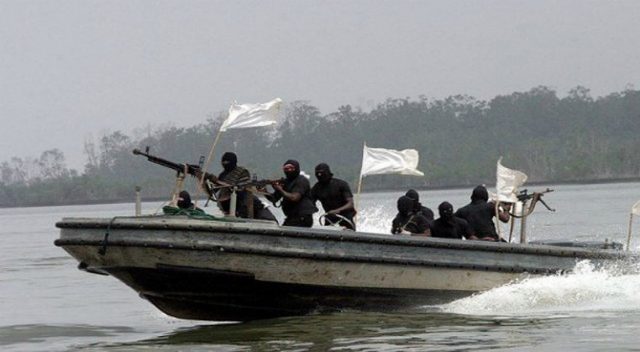 Justice Ayokunle Faji of the Federal High Court in Lagos has explained the reasons behind the judgement given to 10 pirates in 2021 for hijacking a Chinese fishing vessel, named FV Hai Lu Feng II, in May 2020.

The Federal High Court in Lagos under Justice Faji gave the 10 pirates 12 years imprisonment each and payment of N1million each as a fine.

Speaking in Abuja last week at the just concluded 3-day 16th edition of the Maritime Seminar for Judges organised by the Nigerian Shippers’ Council (NSC) in collaboration with the National Judicial Institute, Justice Faji said he gave the judgement because the 10 pirates in question were not the principal culprit in the matter.

According to him, the primary culprit was the man who took the boys to Ghana through Togo during the Covid-19 lockdown and abandoned them at sea without food and other basic supplies.

Justice Faji said the action was what led the boys to hijack the Chinese vessel, and because they were not the primary culprit, he refused to give them life imprisonment.

Justice Faji’s explanation was in reaction to the criticism by Commodore J.A.S Malafa, director, the Legal Service of the Nigerian Navy, who was represented at the Seminar by Commander O.B Anyikwa.

Anyikwa argued that in the quest to fight against oil theft and piracy on Nigerian waters that the court should have given lift imprisonment to the pirates rather than 12 years jail term.

It will be recalled that while delivering his judgment, Justice Faji said the Federal Government proved beyond reasonable doubt that the pirates did hijack the vessel, FV Hai Lu Feng II, belonging to Haina Fishing Company.

He, therefore, said: “Each defendant is hereby sentenced to 12 years imprisonment. In addition, the defendants should pay a fine of N1million each. The offense committed by the defendants affects the well-being of Nigerians and our image in the diaspora. The naira sum, dollars, and various currencies recovered from the defendants by the Nigerian Navy are hereby forfeited to the Federal Government of Nigeria.”

The judge convicted each of the defendants on all 4 counts made against them.

They were arraigned by the Office of the Attorney-General of the Federation (AGF) on July 13, 2020, on a four-count charge bordering on the hijacking of the vessel in international waters off the coast of Cote D’Ivoire.

It was said the action of the pirates violated Section 3 of the Suppression of Piracy and Other Maritime Offences Act, 2019, punishable under Section 2 of the same Act, and urged the court to use the case to send a strong message to pirates that Nigeria would not condone such criminal activities which had huge implications for the country.