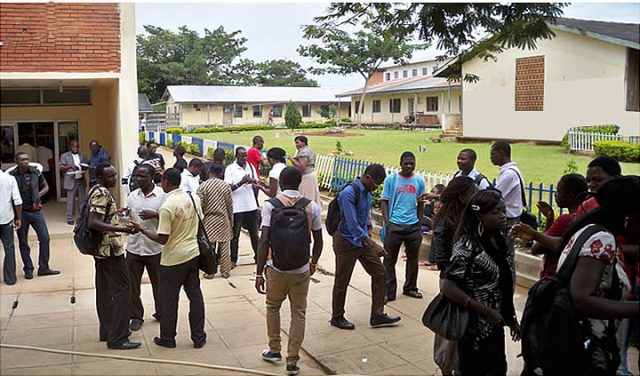 Thousands of Nigerian students in federal universities across the country look on as their academic aspirations stagnate owing to the unresolved industrial agitation of the Academic Staff Union of Universities (ASUU).

Any hope of a speedy resolution of the six-month-old industrial action was further dashed on Tuesday as the meeting between the leadership of the Academic Staff Union of Universities (ASUU) and the Federal Government ended without an agreement.

The striking lecturers had met with the Professor Nimi Briggs Committee on Tuesday at the National University Commission in Abuja with high hopes of resolving the impasse.

A senior member of ASUU, who craved anonymity told Channels Television that members of the Briggs renegotiation committee did not come with any new offer on the table.

Instead, the ASUU source said, the committee pleaded with the lecturers to suspend the ongoing strike, with promises that their concerns will be included in the 2023 budget.

According to the source, the meeting, which started at about 12 pm, lasted for about three hours without any agreement being reached.

It will recalled that ASUU embarked on a four-week warning strike on February 14. On March 14, the union extended the industrial action by another two months to allow the government to meet all of its demands. A 12-week extension was announced on May 9.
Since May 9, the union has remained on strike, vowing to persist until its demands are met.

The academics are seeking improved welfare, revitalisation of public universities and academic autonomy among other demands.

One bone of contention for academics is the non-payment of university revitalisation funds, which amounts to about N1.1 trillion.

But the Federal Government has said it doesn’t have the money to pay such an amount, citing low oil prices during the Muhammadu Buhari administration.

Another is the issue of the Integrated Payroll and Personnel Information System (IPPIS).

The academics have proposed an alternative payroll system, the University Transparency and Accountability Solution (UTAS).