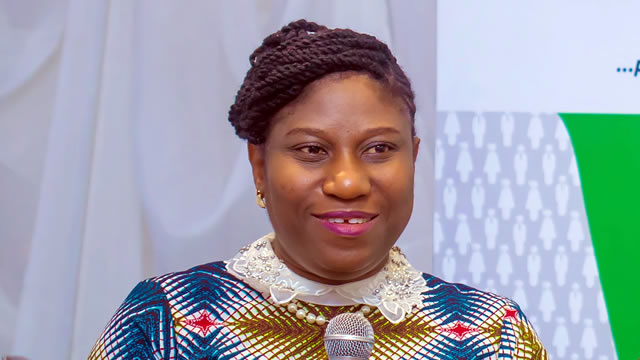 The need for media to lead the fight against Sexual and Gender-Based Violence SGBV in the country through data-driven reporting have once again been reiterated.

Stakeholders made this called during the public presentation of the media justice status report on Sexual and Gender-Based Violence (SGBV) in Nigeria titled ‘Missing data, missing justice’ held virtually by the Wole Soyinka Centre for Investigative Journalism (WSCIJ) on Wednesday 21 September 2022.

Ezeilo who also chaired the event said tracking cases through the media is important because it gives a glimpse into the magnitude of the problem and the repercussion for women in Nigeria.

“You can begin to appreciate the surreptitious nature of this violence and how this impacts women’s human rights. I think this is the type of evidence that we need. During the COVID-19 era, the spike in SGBV cases was alarming”. Ezeilo said.

In her review of the report, Abiola Akiyode-Afolabi, a lawyer and Executive Director of Women Advocate Research and Documentation Centre (WARDC), lauded WSCIJ for the effort to monitor 14,004 stories on women and girls and sample 91 of the stories for their justice status. She affirmed that the report is an important tool for the media to hold governments accountable. She identified some gaps in the records of the police and courts based on the report. She said 88 of the 91 cases sampled were reported to the police and other law enforcement agencies. 56 of the 88 cases were charged to court; 14 were not, and 18 cases could not be traced.

Motunrayo Alaka, executive director/CEO of WSCIJ, explained that the report was developed to underscore the implications of missing evidence in justice administration on SGBV.

She noted that the report produced with support from Open Society Foundations (OSF)-Africa under the 2021 Report Women! Female Reporters Leadership Programme (FRLP) spanned three years (2018-2021) and unravelled the extent of poor documentation of SGBV in the value chain of justice.

Lending her voice to the importance of evidence-based reporting in combating SGBV cases, Toun Okewale Sonaiya, Executive Director, Women Radio, noted that the media must empower women to speak up through advocacy. She appealed to the media to thoroughly research cases of SGBV to avoid being the missing link in justice delivery.

Phil Nneji, Chairperson, International Federation of Women Lawyers (FIDA) Lagos chapter, said the report title is apt as it shows the importance of adequate data to mete out justice. She noted that evidence is very key, and lack of evidence means death of SGBV case on arrival. On his part, Chido Onumah, Coordinator, African Centre for Media and Information Literacy; commended WSCIJ for the report and expressed the need to have a roundtable of stakeholders to further dissect the issues of denied justice and make sure perpetrators are brought to book.

Other stakeholders at the event stressed the need for training to improve SGBV reportage and establish SGBV desks in media organisations. They also advocated naming and shaming of perpetrators and their enablers, as well as continuous media advocacy to drive a change.