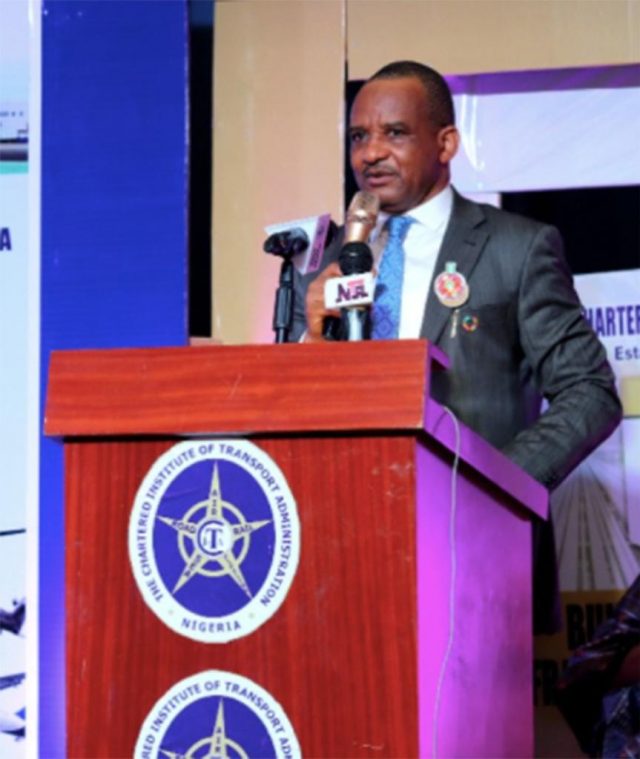 The National Executive Committee of the Chartered Institute of Transport Administration of Nigeria has suspended the electoral process for the 2022 General Elections as announced by the 7-man Ad-Hoc electoral panel headed by Innocent Ogwude.

Bashir Jamoh, chairman of Council and president CIOTA and the National Secretary, Chinda Evans Ogbuji, jointly signed a resolution at an emergency meeting of NEC noting that this decision was taken in line with the provisions of paragraph 6, sub paragraph3 of the first schedule of the Establishment Act of CIOTA signed into law in 2019 by President Muhammadu Buhari.

The National Executive Committee said the decision was to save the entire electoral process and reiterated its commitment to having a transparent and credible election in order to hand over power to the next administration.

Jamoh said that the National Executive Committee is under oath to serve the institute selflessly.

‘We had to take this decision to save the entire electoral process. NEC have received several complaints about the process such as Ad-Hoc Electoral Committee levying interested members for expression of interest form without approval of NEC, non-publication of all vacant elective positions, restriction of collection and submission of nomination forms to just one week instead of the 5 weeks to election date as stipulated in the CIOTA Act, non-adherence to eligibility criteria as contained in the Institute’s Act, and lack of transparency and fairness in the entire process amongst other allegations,” Jamoh said.

We shall not condone any act by anybody or group of persons to bring the Institute to disrepute. The Electoral Committee should not allow itself be coerced into taking actions that will set bad precedence that will injure the reputation of CIOTA. I am glad about the level of interest in CIOTA electoral process. It’s a testament to the enviable standards we have taken the Institute to.

We are committed to ensuring fair play in the conduct of elections. All interested aspirants must be given equal opportunity and a level playing field. All actions leading to the elections must be in line with the CIOTA ACT 2019.

CIOTA is a creation of the Law and as such must be guided by provisions of its enabling Act. Being the Exco that midwifed the enactment of the CIOTA Act in 2019, we will not condone any action contrary to the Act and constitution of the Institute on election matters.

According to CIOTA Act 2019, Positions that will become vacant by the end of 2022 subject to recommendations to Chairman of Council by the Electoral panel include, President, Deputy President, National Secretary, Assistant National Secretary, Provost, Treasurer, National Financial Secretary, Public Relations Officer and Auditor 1,2 and 3. It is also noteworthy that the CIOTA Act 2019 stipulates in section 5 sub section 2(a) that the National President of the Institute shall be a fellow of the institute with at least five years of post-registration experience. Collection and submission of nomination forms are scheduled to elapse 5 weeks prior to the elections according to the first schedule of CIOTA Act 2019.