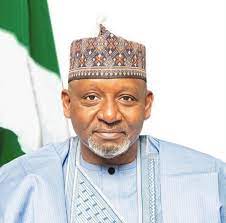 The Federal Government has disclosed that the Abuja – Kaduna train service will only resume after security measures are installed to forestall future reoccurrences of train attacks in the country.

The security measures which will include short and long-term plans will secure train services across the country, with the short term taking effect by the end of October.

The Minister of Transportation, Mu’azu Jaji Sambo made the disclosure on Friday in Abuja while briefing Journalists on the release of the remaining 23 victims of the March 28, 2022 Abuja – Kaduna train attack.

According to him, no ransom was paid for their release and all 23 released passengers have been reunited with their families after proper medical check-up and examination.

Speaking further, Sambo said President Muhammadu Buhari met with the freed kidnap victims in Kaduna after the commissioning ceremony for Cadets of the 69 Regular Course at Afaka, Kaduna State.

Sambo who was over joyed over the safe release of the victims said the objective of the Government was to get them out safely without collateral damage.

He added that a Committee made up of some retired Generals and high ranking retired public officers assisted the Military and Security Agencies to facilitate the process of securing the release of the victims.

Commenting on the development, the Minister said:” I have also in my capacity as the Minister of Transportation, having just resumed duty a few weeks, met and addressed the relatives of the kidnap victims where I asked them to cooperate with Security operatives whenever the need arose and assured them that they would be reunited with their loved ones as it remained paramount objective of the Government of President Muhammadu Buhari”

” With their release, this day will therefore, remain memorable in the annals of our Nation’s history and every person who has contributed in any way to the release of the victims has every reason to be happy for contributing to the Nation’s glory”, the Minister said.

Reacting to questions as to why the released 23 victims were not at the Ministry of Transportation during the briefing, the Minister said they were supposed to be at the Ministry, but certain things needed to be done like taking them to the hospital for treatment, adding that after the President saw them in Kaduna they were reunited with their families, making it a bit difficult to gather them.

Also speaking at the event, the Permanent Secretary, Federal Ministry of Transportation, Dr. Magdalene Ajani reiterated that taking them to the Hospital for examination and Medical Attention was an essential part of rehabilitation process after their release.
This will ensure that they are in sound, fit and proper health.