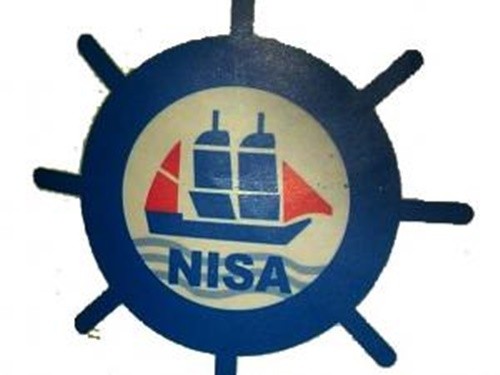 The Nigeria Shipowners Association (NISA) has set up a 6-man committee with the mandate to bring back its aggrieved members and others who exited the embattled association in the past.

The committee members include Emmanuel Ilorin, Akin Akinyemi, Adewale Ishola, Paul Omolodun, Edmund Martins, and one outsider in the person of Olayiwola Shittu, the former president of the Association Nigerian Licensed Customs Agents.

Isaac Jolapamo, chairman of the Board of Trustees of NISA, who inaugurated the Reconciliation Committee at the association’s general meeting held in Lagos on Thursday, said the committee has a time frame of three weeks to reunite the association with its former corporate and individual members that renounced their membership for one reason or the other.

According to him, NISA has lost out to the present government and needs to hold an election before the end of the year in order to constitute new executives that would move the association forward.

“We must not allow NISA to die. There is a need to chart a new way forward. The main issue is how to bring back the association to take its pride of place in the maritime industry. We need to reposition NISA before the next government comes into power,” he said.

Jolapamo, who frowned on the fact that it is only in Nigeria that only three ship owners flourish, said NISA members were the foremost contributors in the Cabotage Vessel Financing Fund (CVFF) but the government has excluded shipowners from benefiting from the proceed of the fund.

He said NISA needs to form a strong force to be able to take its pride of place in the shipping industry.

“We got the Cabotage Act to be passed into law. We also got the past governments to give recognition to NISA or even when it was ISAN and I believe we can still do it again,” Jolapamo added.

On his part, Emmanuel Ilorin, a member of the association, said that a house that is divided cannot stand, adding that the challenges facing the association is enormous, which it cannot deal with unless the association reconciles with the aggrieved members.

He called for reconciliation before going for election in order to put an end to the actions of people who are undermining the association.

Adewale Ishola, another member, who called on members to rally around the BOT to save NISA from crumbling, said the association needs to go for reconciliation.

He pointed out that ship owners need to push for the change of Nigeria’s trade policy from Free on Board to Cost, Insurance, and Freight in order to improve the opportunities available for Nigerian ship owners to participate in the crude oil lifting business.

“We are not doing things right. We should have been carrying our cargoes and not foreigners but we can only be heard if we form a strong force,” Ishola said.

Sonny Omatseye, chairman of the NISA Steering Committee, gave the report of the committee, and also suggested the need for the association to hold an election.

“Let us build our house by coming together. We need to reconcile and get everybody on a roundtable in order to move forward. Let us bring our aggrieved members who are willing to work with NISA to move the industry forward,” Omatseye said.