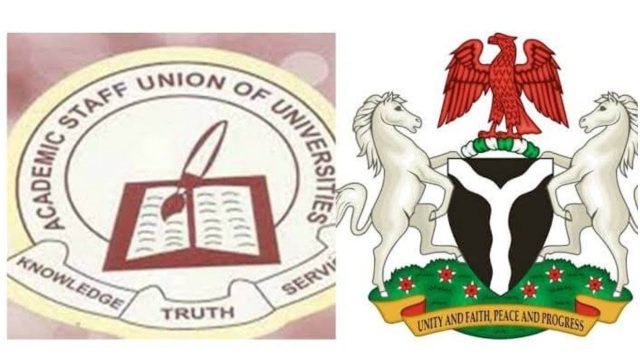 Congress of University Academics (CONUA) has rejected the half-pay stance by government and called on the Federal Government to pay its members their withheld salaries, stating that they were never part of the strike.

The union said having made its position known several times, it was unfair for the government to pay members half their salary.

In a statement by the National President, Niyi Sunmonu, CONUA insisted that the no work, no pay policy ought not to apply to its members.

Sunmonu submitted that payment of October salary on pro-rata basis was unfair to CONUA.

On his part, ASUU National President, Emmanuel Osodeke, said the union would hold an emergency NEC meeting within the week to take a final decision on the development.

Socio-Economic Rights and Accountability Project (SERAP) has urged the President to order Ngige and the acting Accountant General of the Federation (AGF), Sylva Okolieaboh, to immediately ensure full October salary payment and arrears for the university teachers.

It noted that some professors reportedly received salaries ranging from N71,000 to N121,000 for last month.

In a correspondence dated November 5 and signed by its deputy director, Kolawole Oluwadare, SERAP said “paying half salaries to ASUU members solely for exercising their human rights is patently unlawful and incompatible with the Nigerian Constitution 1999 (as amended) and international standards.

The alleged deductions, the group observed, amounted to punishing the dons for exercising their right to strike.

The letter reads in part: “The deductions are illegal and disproportionate. They may also be construed as a deliberate attempt to take away the right to strike and make ASUU a lame duck.

“The right to strike implies the right of workers not to be punished for striking. ASUU members do not, therefore, forfeit their salaries because they exercise their right to strike.

“Illegal deductions from salaries of ASUU members may also violate the right to work and respect for dignity inherent in a human being.

“The deductions also implicitly violate the right of members of ASUU to an adequate standard of living for themselves and their families, including the continuous improvement of living conditions.

“Strikes are an essential means available to workers and organisations to protect their interests.”

A first glimpse at Java 9: Early access release of JDK9 on OpenJDK

The Buildings of DLSU