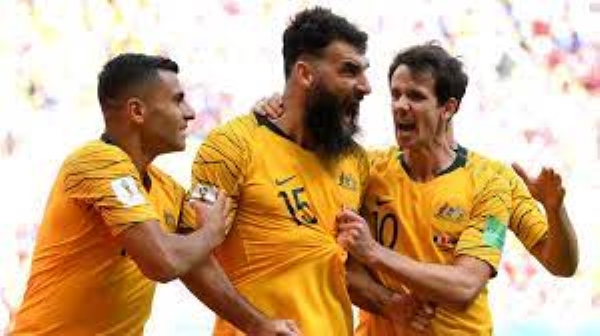 Teenager Garang Kuol, who will join Newcastle in January, and former Scotland international Jason Cummings have been named in Australia’s 26-man squad for the World Cup, but experienced defender Trent Sainsbury is a surprise omission.

Kuol, an 18-year-old forward for the Central Coast Mariners, has yet to start a senior match but his pace and eye for goal led to the Premier League club agreeing a deal in September.

He has played once for Australia, against New Zealand two months ago, and Socceroos manager Graham Arnold is hoping the youngster’s energy can be a weapon for his side in Qatar.

“The kid just needs to be himself,” said Arnold. “Garang has showed how he can change a game. He has zero fear and he wants to entertain.”

Kuol’s Mariners team-mate and Edinburgh-born striker Cummings, who played twice for Scotland but qualifies for the Aussies through his mother, has scored goals throughout his career and found the target on his Australia debut.

Arnold has named 17 players who will play in their first World Cup, but there was no spot for centre-back Sainsbury, who has been a mainstay of their defence since the Asian Cup triumph of 2015.

“He hasn’t played for a number of weeks,” said Arnold. “Overall, I’ve gone for players like Harry Souttar, Kye Rowles, who have done exceptionally well and continue to do well. Tough decision to make.

“They are risks, but that’s what it’s all about. I’ve taken risks before and I will do so again.”

Australia start their World Cup campaign in Group D against France on November 22 before facing Tunisia four days later and Denmark on November 30.

Tunisia vs Australia – November 26, kick-off 10am