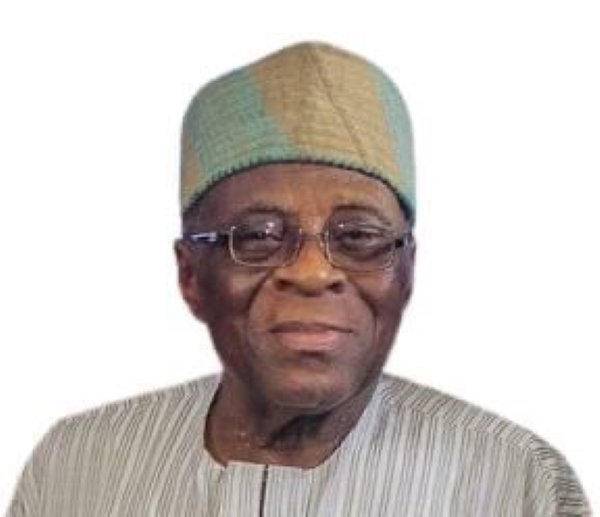 Reacting to the news of his death, Sambo said the Nation has lost a maritime repository of knowledge, an experienced maritime practitioner, a voice of the ideal, a highly cerebral gentleman and most importantly, a friend.

The Minister saddened by the news of his passing said there was a lot in the pipeline through the ingenuity of this intellectual doyen that will further enhance the dynamics of operation in the country’s maritime sector, and in honour of his memory he will ensure they are brought to fruition”.

“Every moment of his life was dedicated to improving the maritime sector, either in passing down knowledge or being a constructive critic to ensure the ideals are upheld in the sector. He served well and lived well,” Sambo said.

On her part, Vicky Haastrup, commiserated with the family of Kunle Folarin who died in Lagos on Tuesday at the age of 82.

In a statement released by the association on Thursday, the STOAN Chairman described the Folarin as a “maritime colossus” who made “significant impact” across various sections of the maritime industry.
“I am truly saddened by the death of this great man. Otunba Kunle Folarin’s exit at this time will create a great vacuum in the maritime community.

“He was an accomplished maritime expert and administrator, and a repository of maritime knowledge. His death will be felt far beyond the maritime industry,” Haastrup said.

The STOAN chairman urged the family to take solace in the understanding that their late patriarch lived a fulfilled life and contributed enormously to the development of the maritime industry and the country.

“Folarin was steadfast in his service to the maritime industry having served in one of the most senior management positions in Alraine Shipping. He later devoted his life to the wellbeing of seafarers through his selfless and unparalleled service as Chairman of the National Seafarers Welfare Board (NSWB) and also as Chairman of the Nigerian Ports Consultative Council (NPCC).

“The role he played in the maritime industry will remain indelible for many generations to come,” she said, even as she prayed that God Almighty grants his soul eternal rest” Haastrup said.

Scalable code without bloat: DCI, Use Cases, and You