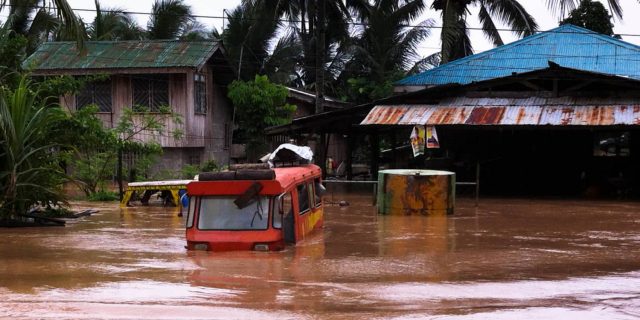 Climate change is exacting a heavy toll on Filipinos’ lives, properties, and livelihoods, and left unaddressed, could hamper the country’s ambition of becoming an upper-middle-income country by 2040.

However, the Philippines has many of the tools and instruments required to reduce damages substantially, according to the World Bank Group’s Country Climate and Development Report (CCDR) for the Philippines, released today.

With 50 percent of its 111 million population living in urban areas and many cities in coastal areas, the Philippines is vulnerable to sea level rise. Changes due to the variability and intensity of rainfall in the country and increased temperatures will affect food security and the safety of the population.

Multiple indices rank the Philippines as one of the countries most affected by extreme climate events. The country has experienced highly destructive typhoons almost annually for the past 10 years. Annual losses from typhoons have been estimated at 1.2 percent of GDP.

Climate action in the Philippines must address both extreme and slow-onset events. Adaptation and mitigation actions, some of which are already underway in the country, would reduce vulnerability and future losses if fully implemented.

“Climate impacts threaten to significantly lower the country’s GDP and the well-being of Filipinos by 2040. However, policy actions and investments – principally to protect valuable infrastructure from typhoons and to make agriculture more resilient through climate-smart measures – could reduce these negative climate impacts by two-thirds,” said Manuela V. Ferro, World Bank Vice President for East Asia and Pacific.

The private sector has a crucial role to play in accelerating the adoption of green technologies and ramping up climate finance by working with local financial institutions and regulators.

“The investments needed to undertake these actions are substantial, but not out of reach,” said IFC Acting Vice President for Asia and the Pacific, John Gandolfo. “The business leaders and bankers who embrace climate as a business opportunity and offer these low-carbon technologies, goods and services will be the front runners of our future.”

The report also undertakes an in-depth analysis of challenges and opportunities for climate-related actions in agriculture, water, energy, and transport. Among the recommendations are:

Many climate actions will make the Philippines more resilient while also contributing to mitigating climate change.

“The Philippines would benefit from an energy transition towards more renewable energy. Accelerated decarbonization would reduce electricity costs by about 20 percent below current levels which is good for the country’s competitiveness and would also dramatically reduce air pollution,” said Ferro.

Even with vigorous adaptation efforts, climate change will affect many people. Some climate actions may also have adverse effects on particular groups, such as workers displaced by the move away from high-emission activities.

The report recommends that the existing social protection system in the country be strengthened and scaled up to provide support to affected sectors and groups.