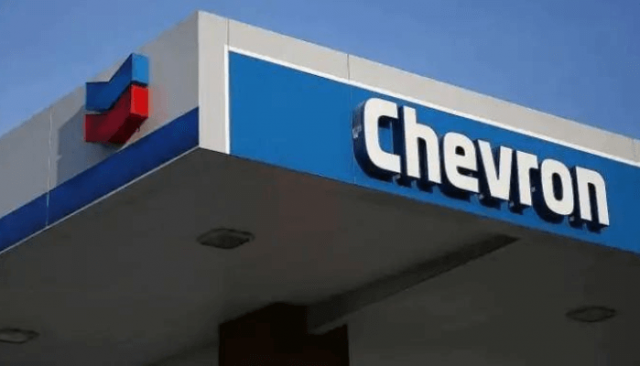 Taripakaye Gbobbo, the president of Ogu Youth Congress, has on Tuesday issued a warning that the youth will paralyse operations at Onne Port if oil giant, Chevron Nigeria Limited proceeds with plans to move its logistics base out of the Onne Oil & Gas Free Zone.

Speaking with journalists in Ogu, Ogu/Bolo Local Government Area of Rivers State, Gbobbo said the planned relocation of the Chevron Logistics base from the Onne Oil & Gas Free Zone will lead to severe economic hardship for people in the host community who have fully supported the operations of the oil company.

“Besides, our community is peaceful. There are no crises or militancy so they will not say it is because of insecurity that they want to leave. Chevron should stay back and let us continue working as a community and company.

“I will write a letter to Nigerian Ports Authority via the Port Manager informing them that if Chevron wants to leave this facility, we will not allow them to leave,” he said.
He said while his group favours dialogue and constructive engagement, they would not fold their arms and allow economic hardship to be foisted on hapless families as a result of the planned relocation of the Chevron Logistics Base from the Onne Oil and Gas Free Zone.

He called on the Nigerian Ports Authority (NPA), the Oil & Gas Free Zone and other appropriate organs of government to prevent any clandestine relocation of the logistics base in order not to disrupt peace in the communities.

Similarly, hundreds of youths under the aegis of the Onne Youth Council staged a peaceful protest last week at the Chevron Logistics Base to protest the planned relocation of the base.

The youths, in their large numbers, carried placards with various inscriptions appealing to Chevron to rescind its decision to relocate its logistics base from Onne, as the move could have dire economic consequences on the community.

Tobiah Silas Tete, the president of Onne Youth Council, who led the peaceful, said their visit to the logistics base was to submit a letter of appeal to the Chevron management to reconsider the decision to relocate its logistics support base from Onne in order not to throw the community and Rivers State into economic hardship.

“It has come to our notice as members of the host communities, the leaders and community representatives of the Onne-Ikpokiri clan that Chevron Nigeria Limited, an oil producing company operating its Shore/Logistics Base at the Oil & Gas Free Zone has commenced moves to relocate the Base from its current location in Onne, Rivers State.

“This news came to us as a shock considering the strategic role the Chevron Logistics/Shore Base plays in our daily lives, especially as the company has enjoyed very warm and cordial relationship with our peaceful and welcoming communities for more than thirty years.

“Consequently, we the host communities are jointly appealing to Chevron to stop the planned closure of its Logistics/Shore Base at Onne. This call became imperative considering the dire economic and security consequences of the planned relocation of the Shore Base out of Onne.

“The Logistics/Shore Base in question is a major employer of labour in our community, providing thousands of direct and indirect jobs to our men and women.

“We therefore appeal to you to kindly halt the ongoing relocation to avert unnecessary economic hardship on persons and families in the communities that have hosted your Logistics Base and supported your operations peacefully and harmoniously for many years.

“Many of our youths and women depend on the operations of the Chevron Logistics/Shore Base in Onne for survival and to support their families. Why then do they want to inflict this untold hardship on them and their households at this time when jobs are scarce and even unavailable?

“The importance of the presence of Chevron in our communities over the past three decades cannot be overemphasised. Moving the company’s logistics operation out of the Onne Oil and Gas Free Zone at this time will be devastating to our youths and communities as a whole,” Tete had said while addressing journalists during the protest.

CONUA Rejects Half Pay By FG As Another ASUU Strike Looms