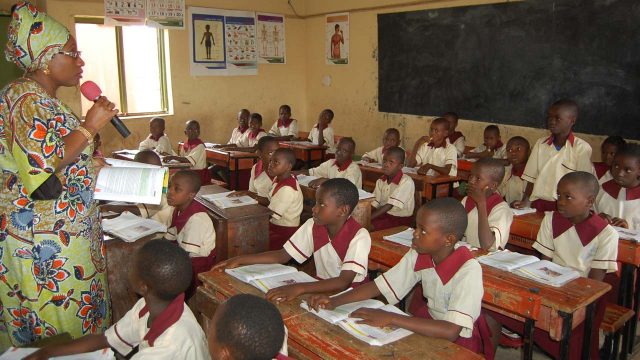 Abubakar Rasheed, executive secretary of National Universities Commission has identified quality primary school education as the bedrock to secure the future of Nigeria.

Rasheed said to address the crisis facing primary school education, especially in public schools, there need to be collaboration between education stakeholders and the government, adding that this will ensure qualitative education is obtained for Nigerian children.

Speaking at the 100 years Celebration of LEA Primary School Makarfi Central, organized by the old boys Association in Kaduna, The NUC executive Secretary, lauded the efforts made by the federal and state governments to improve primary and junior secondary school education through the Implementation of the Universal Basic Education programme.

He noted that the challenges are limiting the impact of the efforts and the urgent need to address them, stressing that although he is not underrating the contributions of Private Schools to the development of education in Nigeria, they are filling gaps in the provision of education at all levels.

According to him, “It must, however, be stated that most pupils attend public rather than private schools. The report of the 2018 National Personnel Audit Conducted in all basic education Institutions in the country shows that of the 113,460 primary schools in Nigeria, private schools accounted for 50,036 or 44 per cent.”

Commenting on the pupil enrollment, Rasheed stated that the private schools account for 5,504, 632 or 20 per cent of the total primary school enrollment of 27,889,387, saying that it shows that the public schools cater for a greater number of pupils and there is an urgent need to revive or revitalize them.

He said the association of old pupils is very crucial in an attempt to rescue all efforts to revive schools such as 100-year-old Makarfi Central Primary School.

He said as an old student, there are areas they can intervene to rescue the school such as the provision of additional classrooms, renovation of dilapidated ones, construction of toilets for teachers and pupils, and supply of class furniture among others to better the standard of education of the school.

On his part, Ahmed Mohammed Makarfi, former Governor of Kaduna State who was also an old student of the school said employing good teachers and provision of learning materials will improve learning in public schools.

He said building or renovating classes doesn’t lead to quality education but qualified teachers to teach and the provision of teaching materials is what ensures a standard of education in any society.