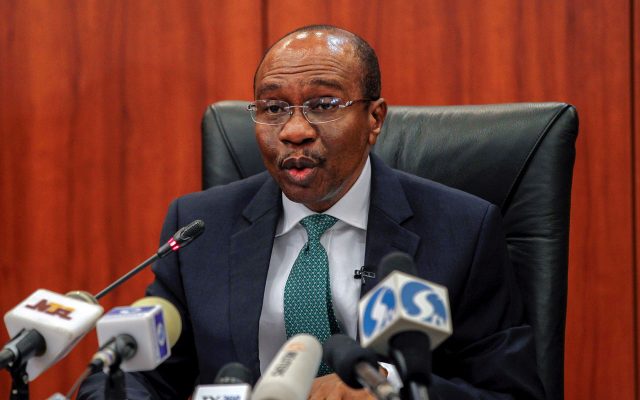 As part of measures to tame rising inflation, the Central Bank of Nigeria (CBN) has raised the Monetary Policy Rate (MPR), which measures interest rates from 16.5 percent to 17.5 percent.

Godwin Emefiele, the CBN Governor, disclosed this after the Monetary Policy Committee (MPC) meeting in Abuja on Tuesday.

The MPC raised the monetary policy rate by 100 basis points to 17.5 percent and kept the asymmetric corridor at +100/-700 basis points around the MPR.

The MPC, however, retained its Cash Reserve Ratio (CRR) at 32.5 percent while the liquidity ratio is kept at 30 percent.

“MPC members welcome the recent deceleration of the year-on-year headline inflation, noting that the persistence in policy rate hike over the last few meetings of the committee have started to yield the expected decline in inflation,” Emefiele said.

He said committee members noted that the naira redesign has huge moderating factors to price development on cash.

According to Emefiele, “MPC was of the view that although the inflation rate moderated marginally in December, the economy remained confronted with the risk of high inflation with adverse consequences on the general standards of living.

He added that the Committee, therefore, decided to sustain the current stance of policy at this point in time to further rein in inflation aggressively.